‍
We recognise that every client has different needs, and  therefore our services are tailored to the clients’ specific  requirements. We follow proven principles of negotiations.

Keeping close contact with debtors, we are able to evaluate  genuine cash flow problems and stalling excuses for nonpayment  and persuade debtors to pay the debts in an  amicable manner.

Field visits and face-to-face meetings with  the debtors are an integral part of our collection initiatives.

‍
We have a physical presence in the UAE. We offer field  services in certain emirates and visit debtors regularly when  the need arises.  In order to commence legal action in the UAE, a claim will  have to be filed at the court of first instance.

‍
Though the chief justice of the Supreme Court in a suit filed  by a bank for recovery ruled that ordering the borrower to  pay interest for late payments can be considered a sort of  damages, which is compliant with both UAE law and Sharia’s,  from a cultural point of view and in practice, debtors in the  UAE do not pay interest on delayed payments.

‍
From a cultural point of view and in practice, debtors in the  UAE do not pay collection costs.

‍
There is a three-tier legal system, including the court of first  instance, court of appeal and court of cassation.

The civil  court (or court of first instance) hears all claims ranging  from commercial matters (including debt recovery cases)  to maritime disputes. After a judgment has been delivered,  the parties have the right to appeal to the civil court on  factual and/or legal grounds within 30 days since the date  of judgment.

‍
Litigation in the Middle East tends to be almost completely  document-focused. There is little oral advocacy, and it is vital  that a case can be proved on paper. In order to substantiate  any claim, each stage of the contract must be evidenced (i.e.  with purchase orders, sales confirmations, packing lists,  bills of lading, delivery notes, invoices, sales contracts and  correspondence).

In addition, documents must be original,  as copies carry far less weight with the court and, if denied  by the defendant, can be ignored by the court.

Any document submitted to the court will need to be  translated into Arabic by a court-approved translator,  for which there will be translation costs. Those costs are  generally not recoverable in the proceedings.

‍
In order to commence legal action in the UAE, a claim will  have to be filed at the relevant court (i.e. the court that has  the jurisdiction to hear the dispute).

The claim needs to set  out the basis of the dispute and the remedies sought. A court  fee will also need to be paid, which is between 7.5% to 10% of  the value of the claim, varying from emirate to emirate and  being capped at a maximum of AED 40,000.

All documents  filed at court and the claim itself will need to be in Arabic  or translated into Arabic by an official translator. The court  bailiff’s office will then serve the claim on the debtor and the  first hearing date will be set.

‍
The legal costs depend on many factors; therefore, it is not  feasible to give an estimate of legal costs without examining  the facts of each case individually.

It is important to consider  that legal costs in the UAE represent a relevant percentage  of the debt.

A cost estimation will be provided case by case  should legal action becomes necessary.

‍
The average duration of legal action before the court of first  instance is between 12 and 16 months, depending on the  complexity of the case and the availability of the judge and  the lawyers on both sides.

‍
2.6. Interest and costs in the legal phase

‍
The court awards interest and costs to the party in whose  favour the court passes the final judgment.

However, the  amounts awarded are generally fairly nominal, covering only  court fees, experts’ fees and a nominal fee for advocacy.

‍
The UAE’s federal laws provide a framework for the  reorganisation, liquidation and bankruptcy of insolvent  companies and individuals. The UAE bankruptcy regime  is set out in Book Five of the Commercial Transaction Law  (Federal Law No. 18 of 1993).

The UAE government have  issued Federal Decree Law No. 9 of 2016 on Bankruptcy  (the New Law). The New Law was published in the Official  Gazette with the publication date of 29th September 2016  and came into force on 29th December 2016.

‍
The creditors of a company acting on their own initiative may  seek a declaration of bankruptcy in respect of the company.  In order for a creditor’s petition to succeed, the court must be  satisfied that the company has ceased to pay their debts as a result of financial difficulties.

After a bankruptcy application is submitted, the court must  take steps to preserve the company’s assets.

The court  will conduct investigations into the financial affairs of the  company and the reasons behind their failure to pay the  debts.

After concluding their investigations and resolving any  preliminary disputes, the court will fix a date of bankruptcy  hearing. The court will order that all creditors must notify the  court of any debts prior to the hearing.

At the hearing, the court may declare the company bankrupt  and it may appoint a trustee to assume control of the  company’s assets for distribution amongst their approved  creditors.

‍
While initiating a bankruptcy proceeding, the following  original documents are required: invoices, contracts,  purchase orders, bills of lading and a statement of account,  plus a power of attorney in favour of the lawyer.

Further,  all correspondence exchanged between the debtor and the  creditor through email or letter is to be filed.

It is important  to note that the documents are to be translated into Arabic  before they can be filed before the court.

‍
The average duration of bankruptcy proceedings is between  two and three years and varies on a case-by-case basis.

Key changes under the New Bankruptcy Law  Repeal of current regime – Chapter V of the Commercial  Code, which sets out the UAE’s current insolvency  regime, will be expressly repealed, together with various  bankruptcy-related crimes set out in the Penal Code.

- The New Law applies more  widely than the current Commercial Code provisions,  covering companies governed by the UAE’s Commercial  Companies Law (CCL), most free-zone companies,  sole establishments and civil companies conducting  professional business, not just commercial traders.  Government-owned companies not established under the  CCL, for example, companies formed by the Emiri decree,  may opt in to the provisions of the New Law by express  provision in their constitutional documents.

There are  still some carve-outs, in particular for companies in the  financial free zones (DIFC and ADGM), which have their  own insolvency provisions.

In contrast to the 2011 Draft,  there are no provisions addressing individuals acting in a  private capacity.

- A Financial Restructuring Committee is  to be formed a by cabinet resolution under the authority  of the Ministry of Finance. The committee will maintain  an approved list of insolvency experts and a register of  insolvencies.

- The Commercial Code provisions  apply to businesses that cannot pay their debts  (essentially, a cash flow test). The New Law introduces  an alternative balance sheet test to assess if the assets of  a business are insufficient to cover their liabilities.

- The New Law sets out three  main procedures for a business in financial difficulty:

- This is a debtor-led, courtsponsored  process, designed to facilitate the rescue  of a business that is in financial difficulty but not yet  insolvent. The scheme requires the approval of both  a majority in number and two-thirds by value of the  unsecured creditors.

The scheme must be implemented  within three years since court approval, which may be  extended for another three years with creditor approval.

– When a debtor is  insolvent but the court determines that the business is  capable of rescue, they may approve a reorganisation  scheme. Such a scheme is similar to the protective  composition described above, requiring the same  levels of creditor approval, but a longer period of five  years (extendable by another three years) is allowed for  implementation.

– When a protective  composition or reorganisation scheme is not appropriate  or approved or is terminated, or the debtor is acting in  bad faith to evade their financial obligations, the court  will order the insolvent winding up of the business.

In each case, a trustee, who must be independent of the  debtor, is appointed to manage the process. The New Law  includes strict time limits for making filings and lodging  objections, and it is expressly provided that the relevant  process continues while the court considers any objections.

This is important, as time-consuming proceedings may  otherwise prove to be a practical obstacle to using the  procedures under the New Law.

Although the drafting is more modern and streamlined, the  procedures under the New Law are not substantially different  from those currently available under the Commercial Code.

In particular, unlike the 2011 Draft, the New Law does not  include provisions for an out-of-court financial restructuring  procedure. It is possible that this may be addressed by the  Financial Restructuring Committee in the future.

Removal of offence of bankruptcy by default

– Under  the current regime, a trader who is unable to pay their  debts must apply to be declared bankrupt within 30  days. Failure to do so constitutes the criminal offence  of bankruptcy by default and may result in fines  and potential imprisonment. Although not actively  prosecuted, the risk of imprisonment may encourage a  business owner in financial difficulty to abscond (or even  expedite bankruptcy) rather than attempt to restructure  the business.

One of the key changes under the New  Law is to decriminalise this behaviour. A debtor who fails  to pay due debts for over 30 business days, or who is  insolvent on a balance sheet basis, is required to initiate  insolvency procedures.

Failure to do so may result in  a disqualification order against the debtor in certain  circumstances but it is not a criminal offence.

– Potential criminal liability for  signing a bounced cheque applies in respect of non-UAE nationals under the Penal Code. This feature of  UAE law is often cited as another key reason why so  many traders in financial difficulty flee the country.  The New Law provides for proceedings in respect of  bounced cheques issued by the debtor to be stayed once  a protective composition or reorganisation scheme has  been initiated, provided that the cheque in question was  written prior to the application.

The stay continues until  the relevant procedure is completed and the holder of  the cheque is treated in the same way as the debtor’s  other creditors, with settlement in accordance with the  scheme discharging the debt and potentially rectifying  the criminal breach.

This is a particularly helpful change,  which is likely to encourage debtors to take proactive  steps to address their financial difficulties.

– Under the Commercial Code, any creditor  regardless of amount may apply to have a trader declared  bankrupt.

The New Law introduces some specific new  requirements in this regard. Before filing insolvency  proceedings against the debtor, a creditor or group of  creditors must now hold debt(s) of at least AED 100,000  and must first notify the debtor in writing to discharge  the debt(s), allowing 30 consecutive business days for  repayment.

– Provisions are included allowing priority  to new finance following the commencement of a  protective composition or reorganisation scheme, with  safeguards for existing secured creditors. 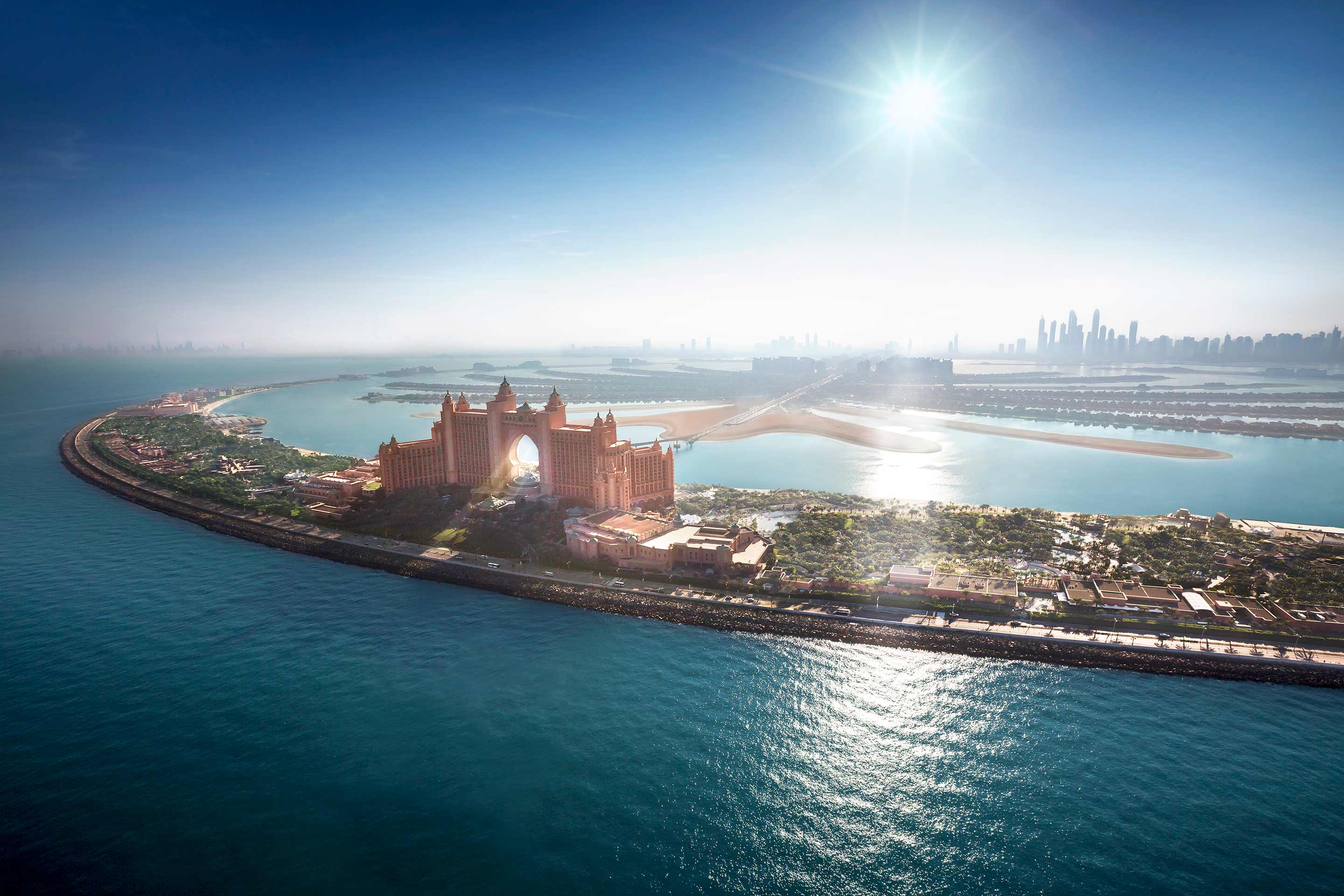