‍
In the amicable phase, Cosmopolite Collections follow a  collection process that is professional at all times with the  objective of retaining the relationships between our clients  and their debtors whenever possible.

Our staff of collection  professionals carry out the first collection tier in-house. We  pursue debtors verbally and in writing within the bounds of  federal and provincial laws.

‍
Cosmopolite Collections maintain direct contact with all debtors  and clients whenever possible.

However, if required, we have  local debt collection agency contacts throughout Canada to  assist our clients’ collection needs. At the present time, we  cannot offer a field service for visiting debtors in Canada.

‍
The collection of interest is permissible under Canadian law.

If the terms and conditions of the contractual agreement  between the client and the debtor contain a clause that  permits the collection of interest costs, then it may be added  to the overall debt.

‍
The addition of collection costs (success fees) is not  permissible under Canadian law. However, if the terms and  conditions of the contractual agreement between the client  and the debtor contain a clause that permits the collection of  costs, then it may be added to the overall debt.

‍
The general limitation of action for collection of past due  debts varies from two to six years. Most areas of the country  apply the two-year limitation, but some provinces or  territories with limited exposure apply six years.

‍
Under the Canadian constitution, commercial law is  generally within provincial jurisdiction. Certain exceptions  exist, such as interest, currency, bankruptcy and insolvency,  which are governed under the federal law.

Canada include  ten provinces and three territories that utilise the British  common law (a system originated in Great Britain). Quebec  is the only exception, which utilises a civil law system  based on French law.

The general statute of limitations is  two years less a day. This is based on the date of the last  invoice or payment recognised, unless there has been a  written acknowledgement of debt.

Courts in the provinces  or territories vary by the court. Cases can be heard based on  the balance due.

‍
In order to start legal proceedings, Cosmopolite Collections  require certified copies of documents that support the claim,  including any documents relevant to any dispute.

These  documents must be in English or French and must bear  authentication by a notary or an affidavit by an expert if they  have been translated from another language.

Security costs  may be required to cover any costs should the debtor be  successful or if the plaintiff does not reside in the specified  provinces. If witnesses are necessary, phone or video  conferencing services may be available. These are the basic  requirements and may vary from province to province and  territory to territory.

‍
To assist our clients in reducing additional costs, the local  attorney assigned to the debtor will attempt to collect monies  prior to commencing any legal action.

The attorney will use  verbal and written communication within the bounds of the  federal and provincial laws, which may include negotiations  on payment and/or settlement opportunities.

The attorney  will also complete due diligence to determine any future  action. If the legal dunning phase fails, the attorney will  provide recommendations for further action.
‍

‍
The regular lawsuit procedure is either initiated directly after  the amicable collection has failed due to a dispute by the  debtor or directly after the legal dunning procedure if the  debtor has appealed. Legal proceedings can take anywhere  from a few months to a few years to complete.

There are ten  provinces and three territories, which have different legal  proceedings and rules for carrying out the proceedings. In  some provinces, extensive pre-trial procedures, such as  examination for discovery, are common.

These procedures  provide opportunities to uncover damaging information  about the debtor. Other provinces offer the ability to request  settlement conferences at any stage of the legal proceedings.

‍
Due to the different provinces and territories throughout  Canada, it is difficult to predict total costs. Legal costs  generally depend on the amount of the outstanding principal  debt and the location of the debtor.

Legal costs vary in each  of the provinces and territories from CAD 450 to CAD 6,000.  Costs of witnesses or other experts might also arise.

On  average, a client may expect to pay CAD 1,700 to begin legal  proceedings. Cost estimations will be provided on a case by case basis should legal action becomes necessary, and  actions will not commence without prior consent.

‍
The average duration of a legal dunning process is between  eight and 12 weeks, whereas a court procedure can take 12  months or longer depending on the complexity of the case  and the availability of the judge and lawyers on both sides.

‍
All or a portion of the costs is usually awarded to the  successful party at the trial. Court fees, expert costs, witness  fees and copying costs are recoverable in some provinces.

Unfortunately, travel costs of the council to the place of trial  are not generally recoverable. However, the necessary travel  costs of the witnesses, including parties, may be recoverable  in specific provinces.

Certain provinces also allow attorneys’  fees and administrative charges to be claimed only if the  contract makes acceptable provision.

‍
The insolvency process is a legal proceeding that is dealt with  under the provisions of the Bankruptcy and Insolvency Act.

A proposal, formal or informal, is made to creditors who are  owed money in an effort to settle the debt.

The assets of an individual or a company are liquidated.  Depending on the province, some assets are exempt from  liquidation. Secured creditors are paid first, followed by  unsecured creditors, who may be paid with the remaining  funds and, if there is one, a dividend.

In order to receive a  dividend, a proof of claim must be filed by the creditor within  the timeline given by the trustee.

A secured creditor represented by a receiver takes control of  the assets of the debtor company. Once an audit is complete,  the company may operate under the receivership, or the  receiver can petition the company for bankruptcy.

A compromise or an arrangement is proposed between the  debtor company and their unsecured creditors. Meetings of  the creditors, trustees and shareholders may be ordered by  the courts, and the whole process can last for many years.
‍

‍
In order to complete a proof of claim on behalf of the client,  Cosmopolite Collections need:

- An original power of attorney

- Copies of general conditions of sale, should there be any

- Copies of any other correspondence that may verify the  claim.

Regarding the proof of claim, our preference would be to have  the clients complete this themselves to ensure accuracy.

‍
The deadline to lodge claims varies between provinces. The  whole duration of an insolvency proceeding is between one  and three years. 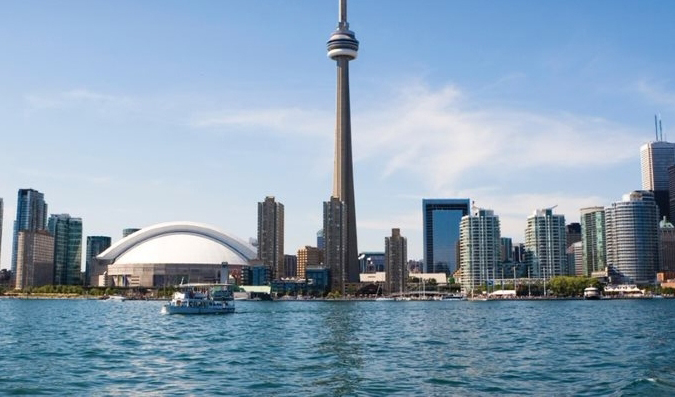 Collection Agent in Toronto and Quebec
view All Posts